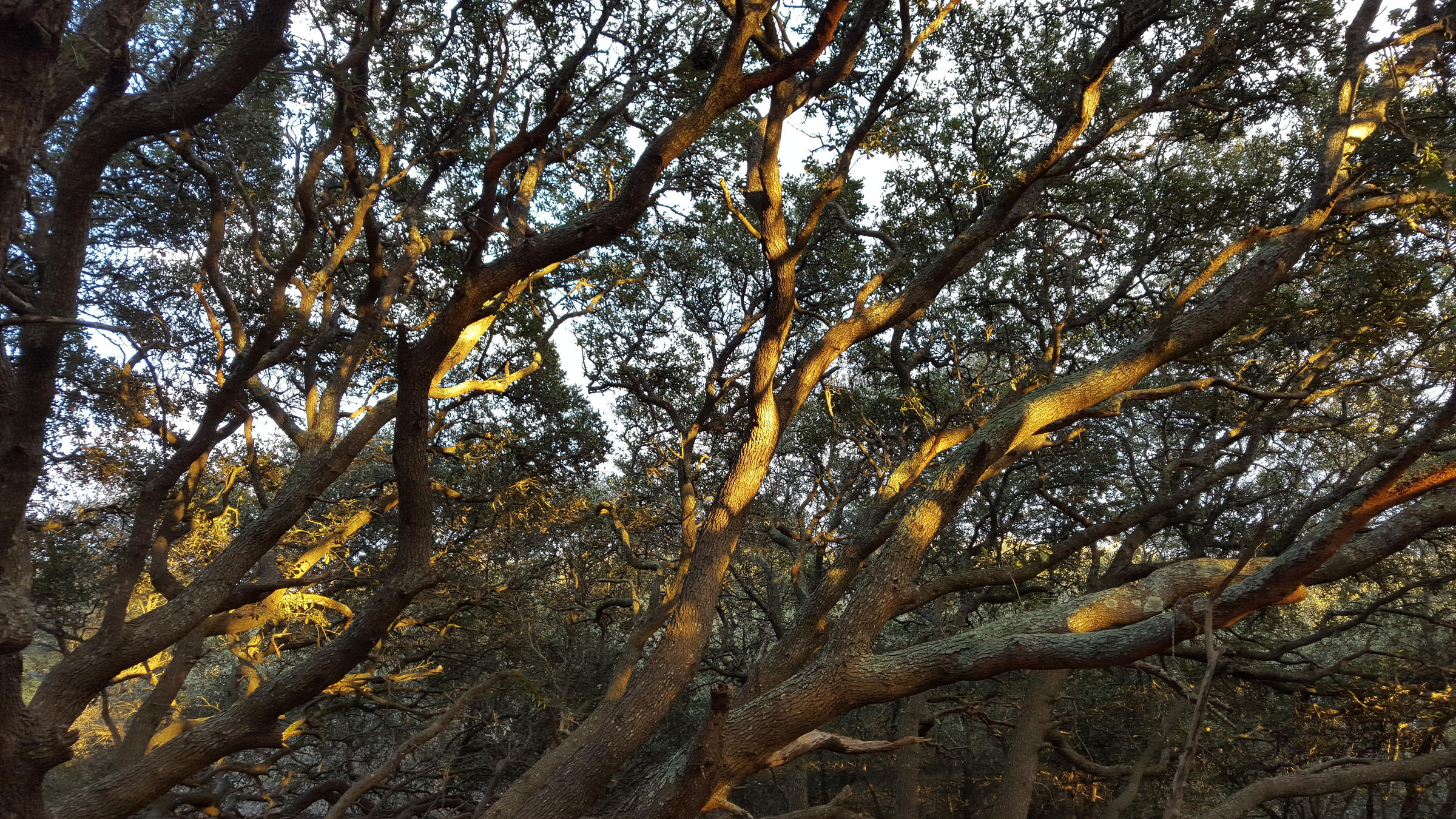 A Critical Sanctuary Along the Atlantic Flyway

Spring arrives every year in North America on the wings of millions of migratory birds returning from their wintering grounds in Mexico, Central America, the Caribbean and South America to their northern nesting grounds in the United States
Late evening light in the Maritime Forest - a critical resting place for migrants

Because Audubon is determined to protect birds every wing beat of the way, we have aligned our conservation work with the major routes that migratory birds travel in North and South America, called flyways. Every year millions of individual birds travel along the Atlantic Flyway, which runs along the eastern seaboard and includes North Carolina.

Spring arrives every year in North America on the wings of millions of migratory birds returning from their wintering grounds in Mexico, Central America, the Caribbean and South America to their northern nesting grounds in the United States. The majority of these long distance flyers find their way by following one of four routes known as the Atlantic, Central, Mississippi, and Pacific flyways that span the Western hemisphere from north to south.

In the Eastern United States, species follow the Atlantic Flyway braving storms, oceans, mountains, predators and habitat fragmentation all while traversing the most populated region of the Americas. With only one-tenth of the U.S. landmass, this flyway is home to one-third of the nation’s people.

The Atlantic Flyway encompasses some of the hemisphere’s most productive ecosystems, including forests, beaches, and coastal wetlands. From the northern Atlantic coast to South America, Audubon is working to support this avian superhighway’s 500-plus bird species and millions of individual birds. Forty percent of the Atlantic Flyway’s bird species are species of conservation need.

Though a few bird species can fly non-stop from their wintering habitats to their nesting grounds, most species must find multiple locations during their migration where they can rest and refuel. Given each species has its own unique requirement for food and shelter, countless habitat types must be protected or restored to ensure the success of birds species for generations to come.

The Sanctuary is an important coastal wetland habitat within the Atlantic Flyway and provides food and shelter for thousands of wintering waterfowl every year, as well as marsh habitat for a significant variety of marsh birds.