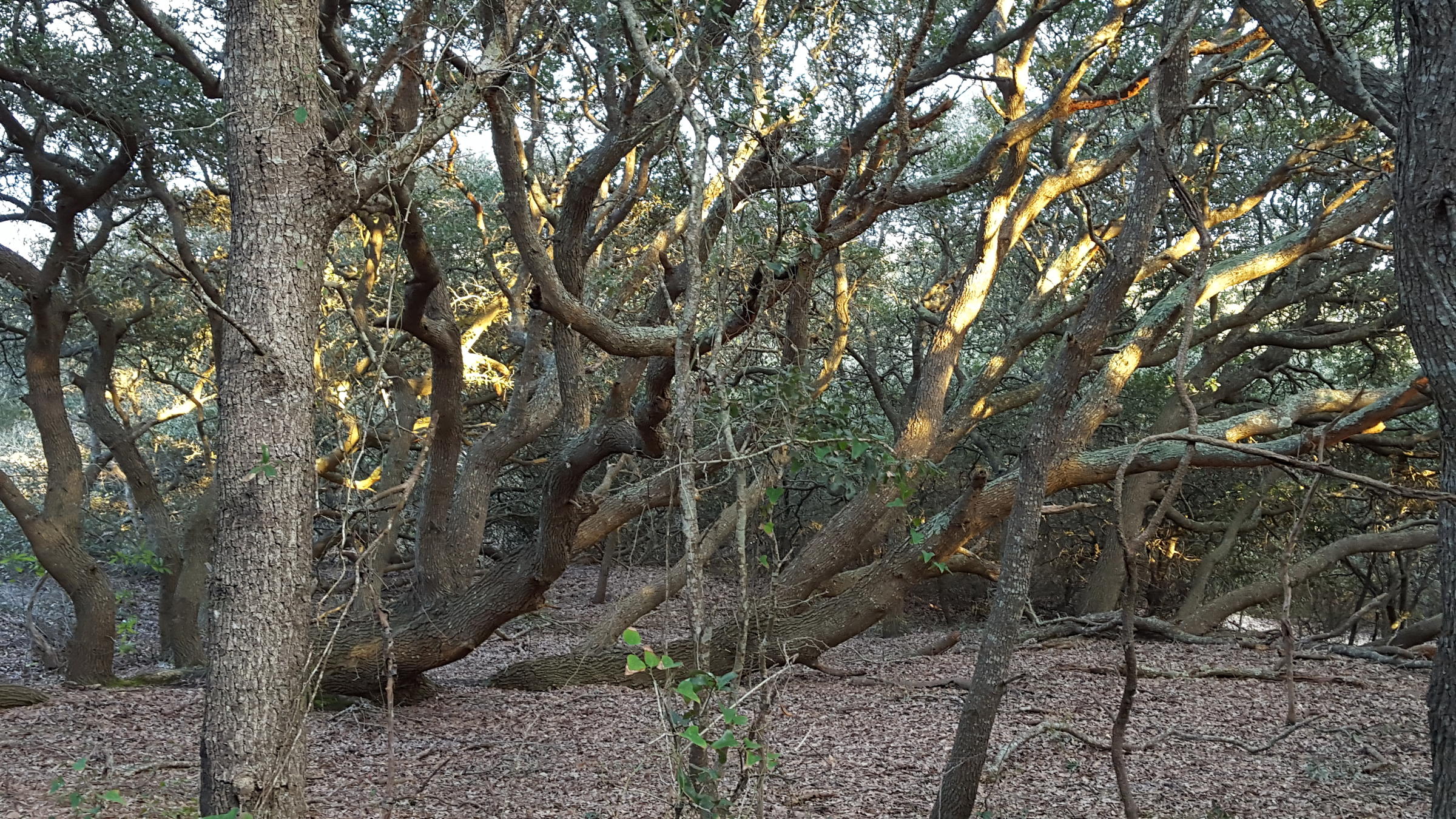 Maritime Evergreen Forest (Mid Atlantic Subtype):  This community is the most extensive on the barrier island, forming the matrix in which the other non-marsh communities occur.  It has a dominated by Quercus virginiana in most parts, with Pinus taeda dominant or codominant locally.  The other characteristic trees of maritime forests, Quercus hemispherica and Juniperus silicicola, are completely absent.  The canopy is quite variable.  Most is short, only 15-20 feet tall, but portions in both the north and south side of the site have trees 40 or even 50 feet tall.  The canopy is dense in some parts and fairly open in others.  Trees average 10” dbh over the majority of the area, only 6-8” dbh in some of the southern part, and 12” in the most mature patches.  Trees in some areas are branched at ground level, suggesting they established in open conditions.  There is little understory or shrub layer.  A few Ilex opaca, Persea palustris,  and Diospyros virginiana are the main understory trees, and sparse Ilex vomitoria, Morella pensylvanica, Vaccinium fuscatum, Vaccinium corymbosum, and Rhus copallina are the main species other than Quercus virginiana.

This maritime forest likely is of recent origin.  It is generally known that the Currituck Banks were barren and frequently overwashed before the continuous foredunes were built.  Older sources differ on whether there was an earlier well-developed dune system and forest that was destroyed and destabilized by cutting and grazing, or whether the natural state was a low barrier island with frequent overwash that maintained maritime grasslands.  It could be a combination of both, as some dune areas are high and extensive enough to have potentially sheltered forest patches, while flatter areas were overwashed.  The majority of the forest barely exceeds the height threshold for considering it forest rather than scrub, and the open-grown structure and open canopy also suggest recent succession.