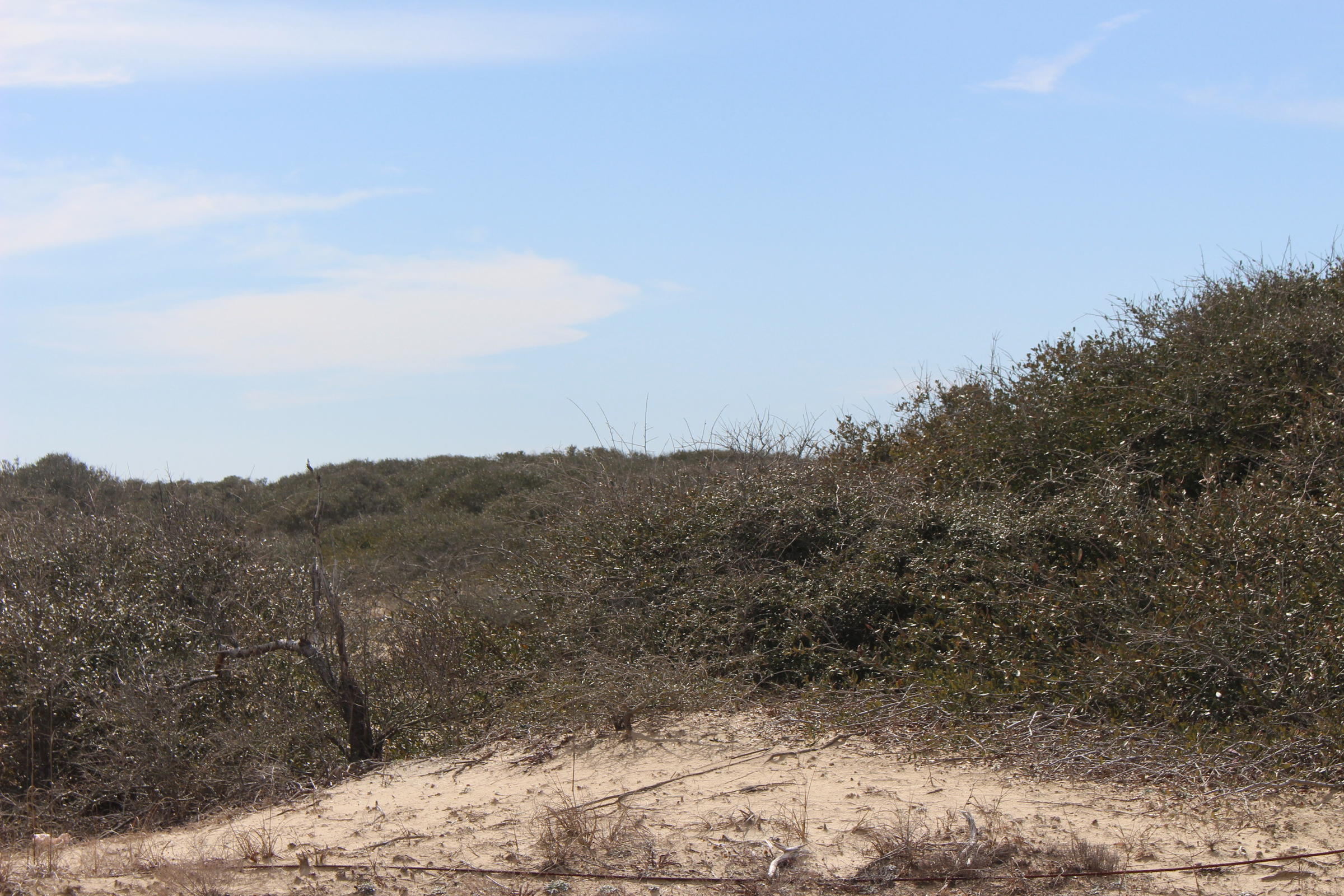 Maritime Shrub (Stunted Tree Subtype):   Only limited areas of Maritime Shrub were seen, in narrow fringes along the seaward side of the forest, and occasional more extensive mosaics combined with Stable Dune Barren.  It represents a smooth gradation in canopy stature from forest to shrubland.  Quercus virginiana strongly dominates, and few other species were even  noted.