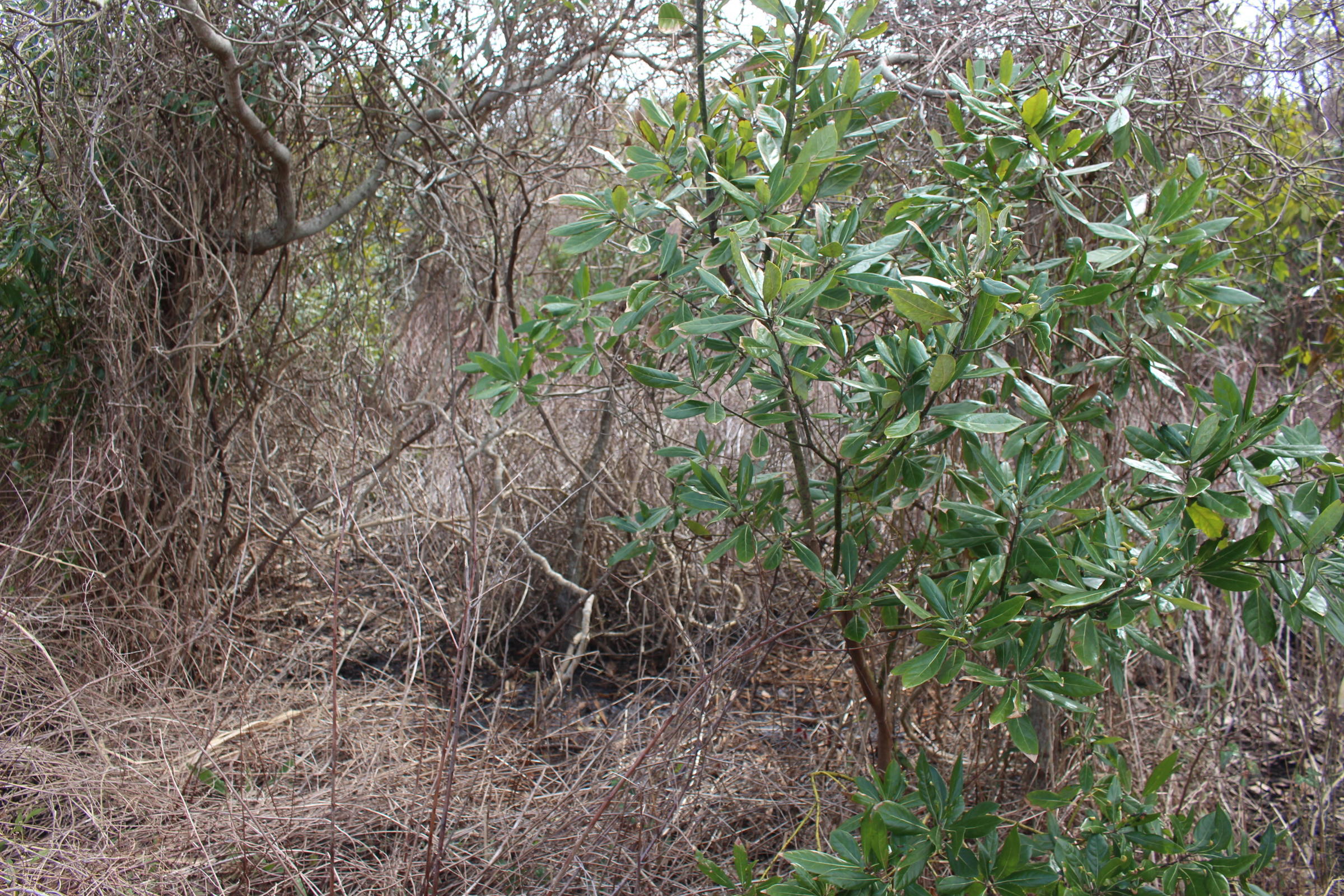 Maritime Shrub Swamp (Red Bay Subtype):  This very rare community was seen in the southern part of the site, where it occurs as an irregular band on the wet sound side of the island, and intergrades with Maritime Swamp Forest and Maritime Evergreen Forest.  It borders the marshes along its western side.  The canopy is dominated by Persea palustris, which is short and up to 8” dbh.  Acer rubrum may make up 10-20% of the canopy in some portions, and trees may be larger.  There is essentially no understory or shrub layer other than the canopy species.  Vines are abundant in some areas, especially Smilax rotundifolia, but also Muscadinia rotundifolia, Berchemia scandens, and even Smilax laurifolia.  The herb layer is generally sparse, but there are some large patches of Leersia virginica, and some Thelypteris palustris and other species.