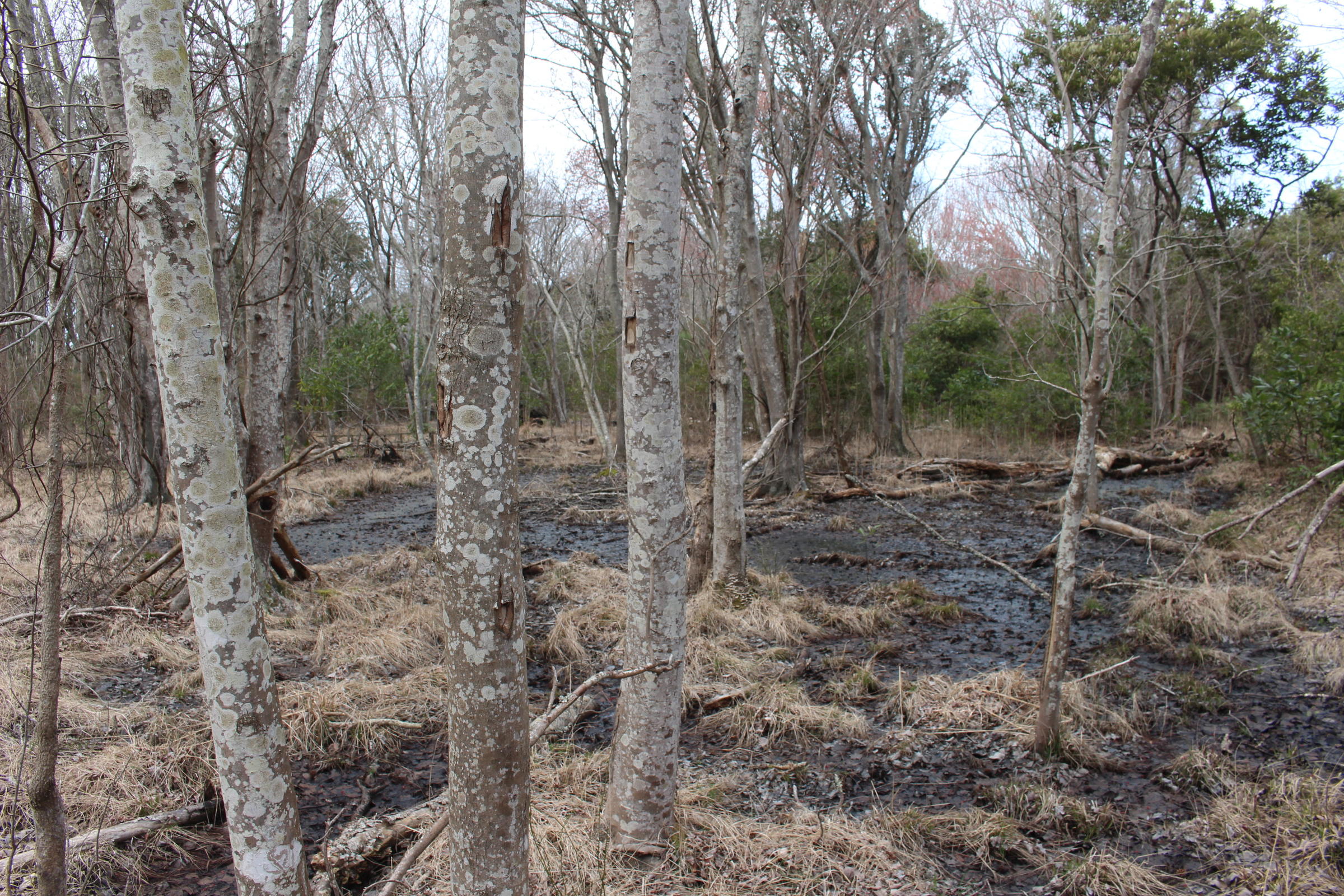 Maritime Swamp Forest (Typic Subtype):  Occurs as scattered small to medium size patches in swales in the Maritime Evergreen Forest or on the low sound side of the island, in both the northern and southern parts of the site.  The forest canopy is a varying mix of Pinus taeda, Acer rubrum, and Nyssa biflora, usually closed but with some open patches.  There is little understory, and shrubs are often sparse.  Vaccinium fuscatum was the most frequent shrub noted, and there was a little Ilex glabra in one place.  Vines are abundant in some areas, especially Smilax rotundifolia.  The herb layer is patchy.  Some areas have substantial cover of Chasmanthium laxum, Osmunda regalis, Leersia virginica, or Woodwardia virginica.  There are some Sphagnum patches.  Open canopy areas have a greater diversity of wetland herbs, including Persicaria sp., Rhynchospora sp., Panicum virgatum var. cubense, Carex (ovales group), Eupatorium torreyanum, Centella erecta, and Erianthus giganteus.

The range of maturity of this community is comparable to the Maritime Evergreen Forest.  As with it, this community may be part or all of recent origin.