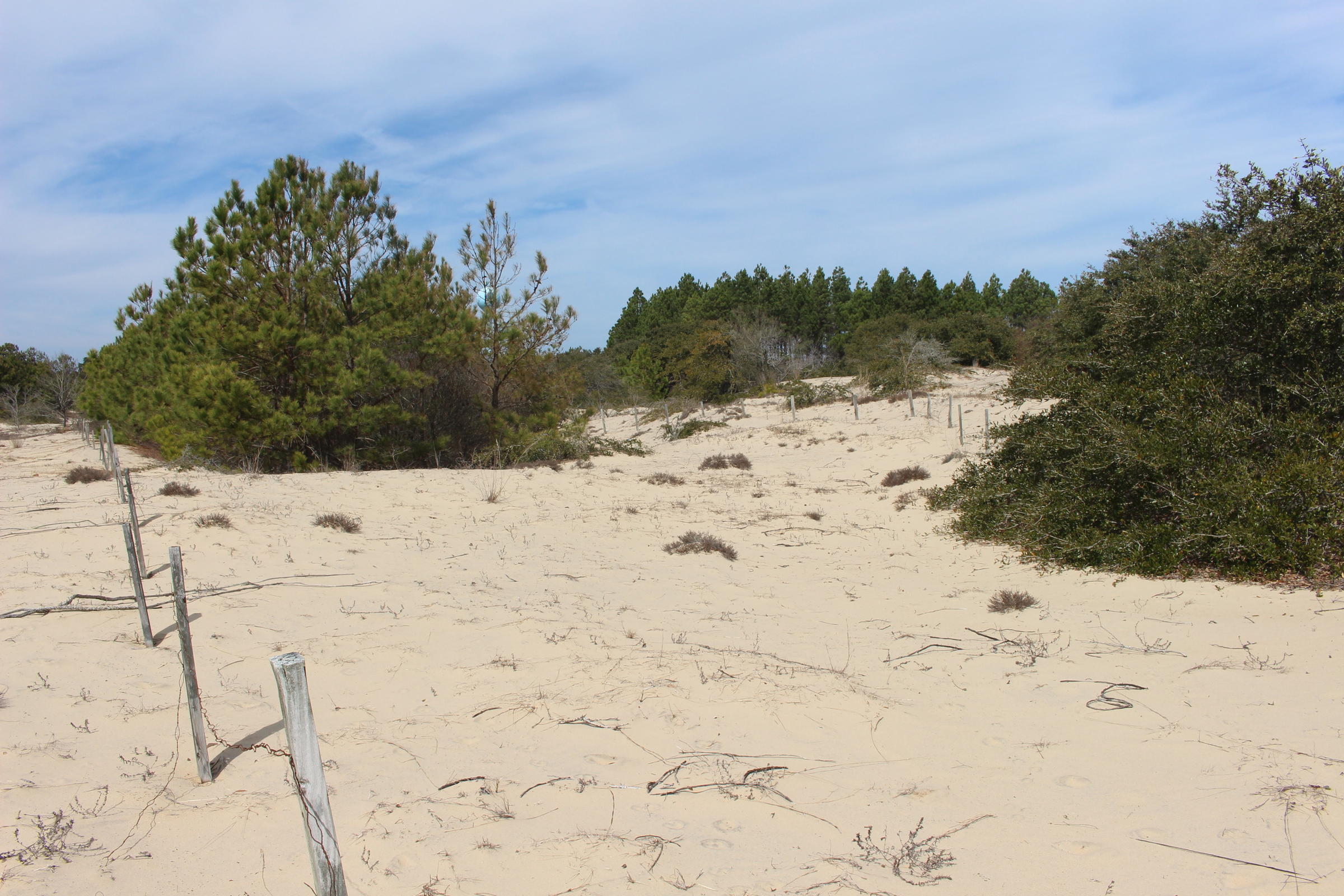 Stable Dune Barren (Beach Heather Subtype):  Occurs as small to medium size patches on higher portions of relict dunes surrounded by forest or occasionally scrub.  The barrens are on the highest parts of the dunes, often with forest in lower areas around them.  However, in some places the topographic difference is slight.  The vegetation is very open, with much open sand and with vegetation cover sometimes as low as 5%.  Most prominent among the sparse plants are Hudsonia tomentosa, Diodia teres, and Triplasis purpurea var. purpurea. Quercus virginiana, Smilax auriculata, and Morella pensylvanica occur as scattered individuals, small inclusions, or in the transition to adjacent communities.  Other species include Dichanthelium sp., Panicum amarum, Euphorbia polygonifolia, Lechea maritima, Rumex hastatulus, Cenchrus tribuloides, Schizachyrium littorale, Eragrostis sp., and Polypremum procumbens.  Most of the patches appear to be free of human disturbance.  Some patches in the southern part of the site, near the airstrip, are ambiguous, and may have been artificially cleared.  The dynamics of all likely has been affected by the creation of continuous foredune, which prevent overwash and reduce salt spray. This community may have developed only after dune building, or conversely, it may once have been more extensive and may have been displaced by growing forests.