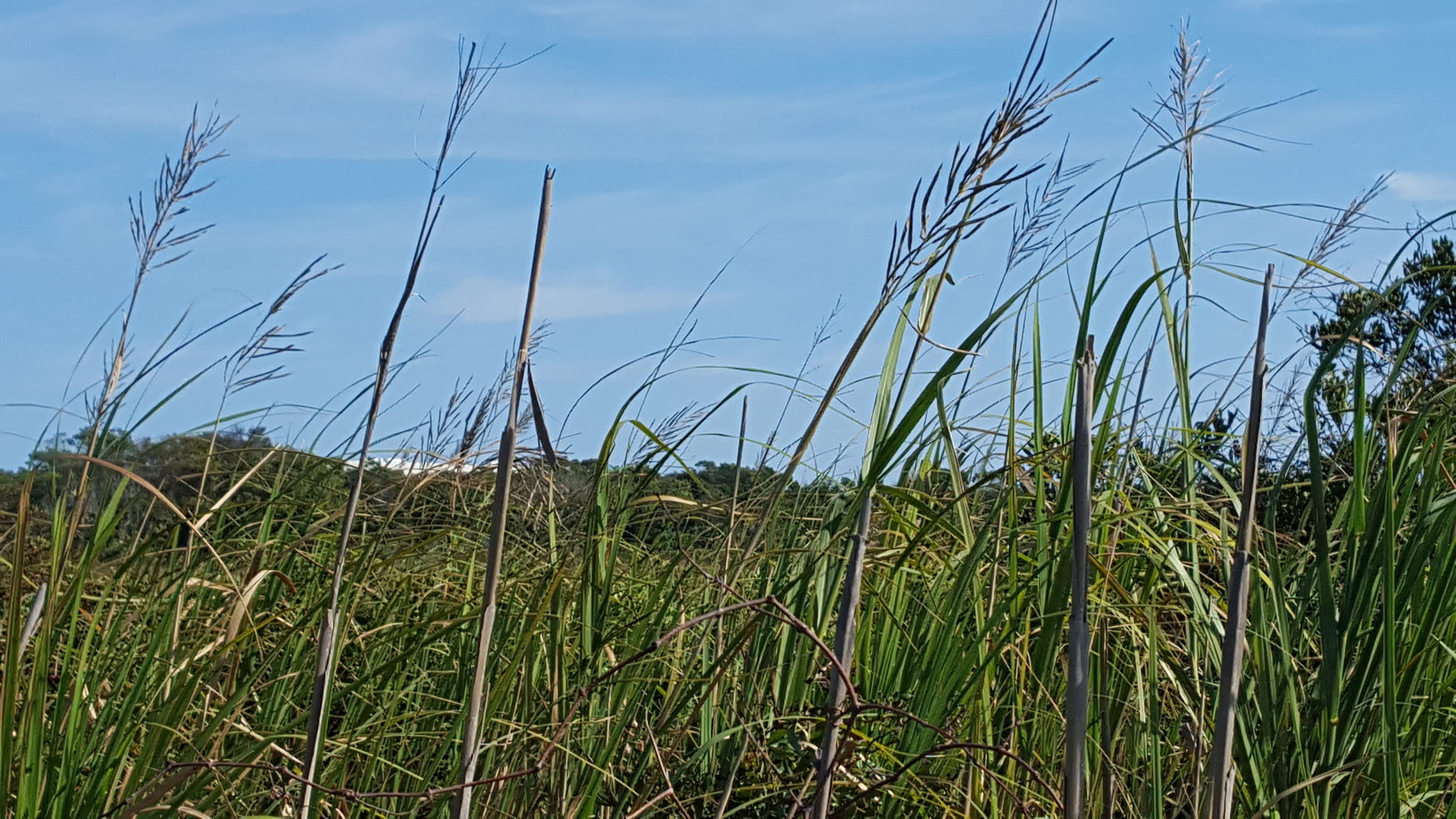 Tidal Freshwater Marsh (Needlerush Subtype):  As noted above, the Needlerush Subtype is extensive in the interior of islands in the southern part of the site, and is present as small patches and narrow fringes in the northern part. Juncus roemerianus strongly dominates, though minor amounts of Sporobolus cynosuroides, Typha latifolia, and locally, Cladium jamaicense, are often present.  Other species include Symphyotrichum subulatum, Solidago sempervirens, and Persicaria sp.

Tidal Freshwater Marsh (Cattail Subtype):  Occurs as only few small patches of dominance, though the species is scattered in other marsh communities.  Typha latifolia dominates.  No other species were noted, other than minority Juncus roemerianus and Sporobolus cynosuroides, and some Pluchea foetida and Symphyotrichum subulatum.  As with the rest of the marshes, no artificial disturbance were noted in this community.

Marsh Ecotone:  A narrow band of distinctive vegetation sometimes occurred at the transition between the marshes and the forests on the Currituck Banks.  There is not a recognized natural community type that it corresponds to, but a number of species occurred only in it or primarily in it:  Baccharis halimifolia, Decodon verticillatus, Hibiscus moscheutos, Ampelopsis arborea, Setaria parva, and Solidago altissima/carolinensis.  Morella cerifera and Sporobolus cynosuroides were abundant in it.  This distinctive vegetation zone may warrant consideration of recognition as a community type or subtype, but it may not ever be extensive enough to recognize.